HOW DOES ACUPUNCTURE WORK?

Researchers don't fully understand how acupuncture might work, but there are numerous theories. One theory is that acupuncture works by stimulating the release of endorphins, the body's natural pain-relieving chemicals.

Acupuncture is not an FDA approved treatment procedure.

Acupuncture is also said to influence the autonomic nervous system (which controls bodily functions) and the release of chemicals that regulate blood flow and pressure, reduce inflammation, and calm the brain.

Acupuncture is said to be useful in addressing a variety of health conditions, including:

Some people use acupuncture to promote fertility. It is also used to quit smoking and as a component of the treatment for other addictions. Cosmetic acupuncture, also known as facial acupuncture, is used to improve the appearance.

What a Typical Acupuncture Treatment is Like Before the initial appointment, you will be asked to complete a health history. The acupuncturist begins the visit by asking you about your health concerns, diet, sleep, stress level, and other lifestyle habits. You may be asked about your emotions, appetite, food likes and dislikes, and response to changes in temperature and seasons.

During your visit, the acupuncturist will examine your appearance carefully, noting your complexion, voice, and tongue color and coating. He or she will take your pulse at three points on each wrist, noting the strength, quality, and rhythm. In Chinese medicine, the tongue and pulses are considered to reflect the health of your organ systems and meridians.

Typically, an acupuncture will use six to 15 tiny needles per treatment (the number of needles doesn't indicate the intensity of the treatment). The needles are often left in for 10 to 20 minutes. The acupuncturist may twist the needles for added effect.

Acupuncture is not an FDA approved treatment procedure. Acupuncture is a traditional Chinese medicine (TCM) practice that originated thousands of years ago. It is based on the premise that a blockage or disturbance in the flow of the body's life energy, or “qi,” can cause health issues. Acupuncturists insert hair-thin needles to specific acupuncture points throughout the body to restore the flow of qi, balance the body’s energy, stimulate healing, and promote relaxation.

According to TCM theory, there are over 1000 acupuncture points on the body, each lying on an invisible energy channel, or “meridian.” Each meridian is associated with a different organ system.

Although the length of the acupuncture session can vary from a few minutes to over an hour, the typical treatment length is 30- 40 minutes. The initial visit may take up to 60 minutes.

Your acupuncturist may use additional teachniques during your session including: 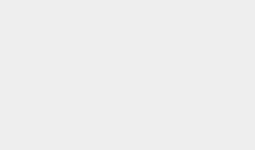